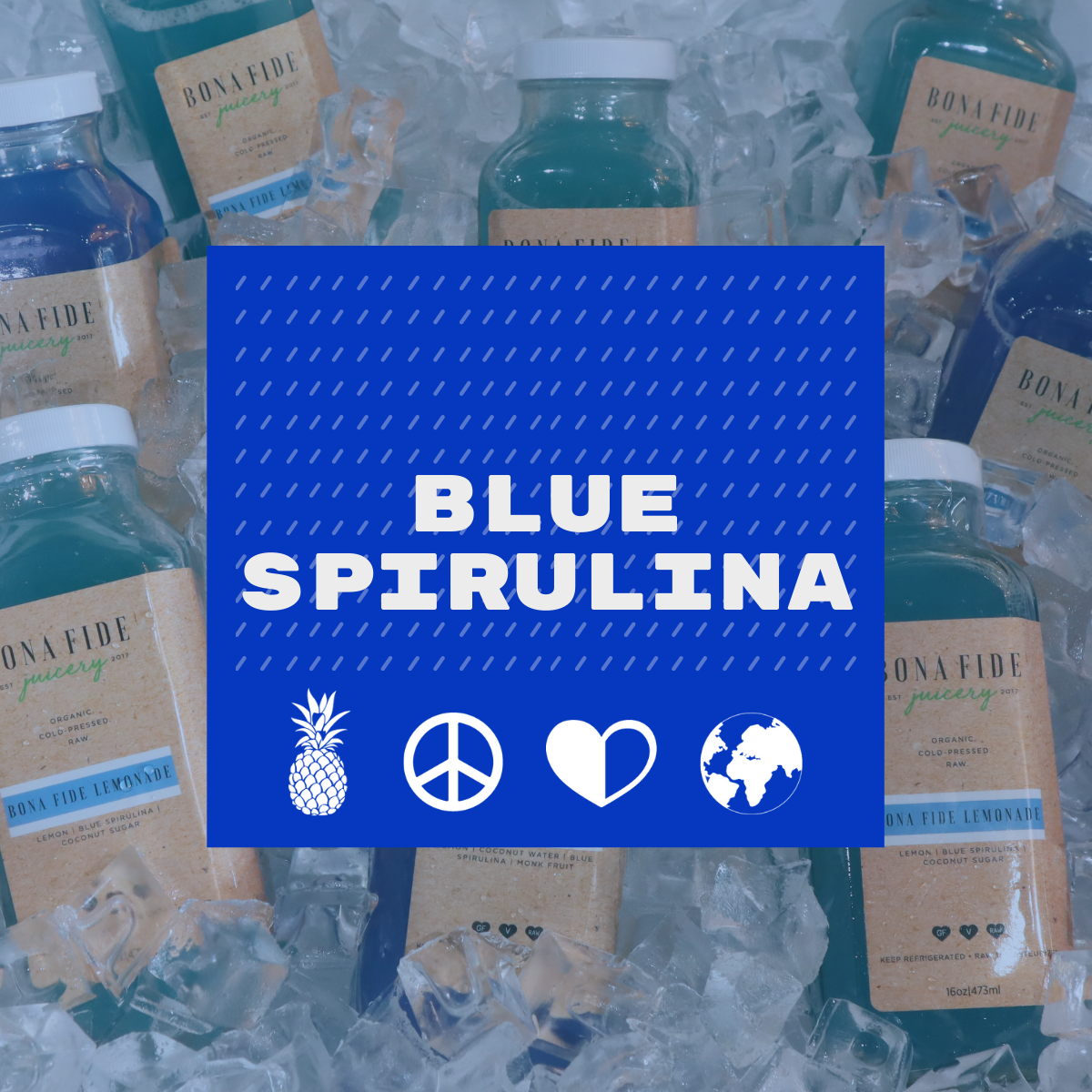 Blue Spirulina is an ingredient you have probably seen listed in some of our juices. But you’ve probably wondered – what is it?

Spirulina is derived from blue-green algae. Despite what the name indicates, this is not actually an algae! It is a photosynthetic cyanobacteria.

Spirulina has been consumed by humans for centuries; in fact, it was a staple of the Aztecan diet. They called this algae tecuitlatl; and would eat it with tortillas, roasted corn, and even make of a sauce by combining tecuitlatl with chiles and tomatoes. As Spanish conquistadors made their way across the Atlantic, they refused to eat the algae; even referring to it as slime. Eventually they drained the lakes, and the indigenous Aztecs stopped eating the plant once so prominent in their diet.

Spirulina eventually re-emerged as food, but this time due to it’s nutritional make-up and potential health benefits. It is rich in protein and linolenic acid, an essential amino acid. It is also rich in chlorophyll, fiber, B vitamins, calcium, iron, phosphorus, thiamin, riboflavin, and niacin. Various studies have indicated spirulina contains antiviral, antitumor, antioxidant, anti-inflammatory, and antibacterial properties.

In our products, we use blue spirulina. This is the blue pigment derived from blue-green algae. This gives the products it is used in a distinct blue appearance. But it doesn’t just look pretty! Its rich nutritional composition is good for lowering cholesterol, reducing risk of viral infections, fighting off fatigue, and helping prevent hunger and cravings.

We use this plant in our Bona Fide Lemonade and Nature-Aid Tonic, in addition to the Bona Fide smoothie bowl (which is back for a limited time!).

Item added to your cart

Continue Shopping Go To The Cart